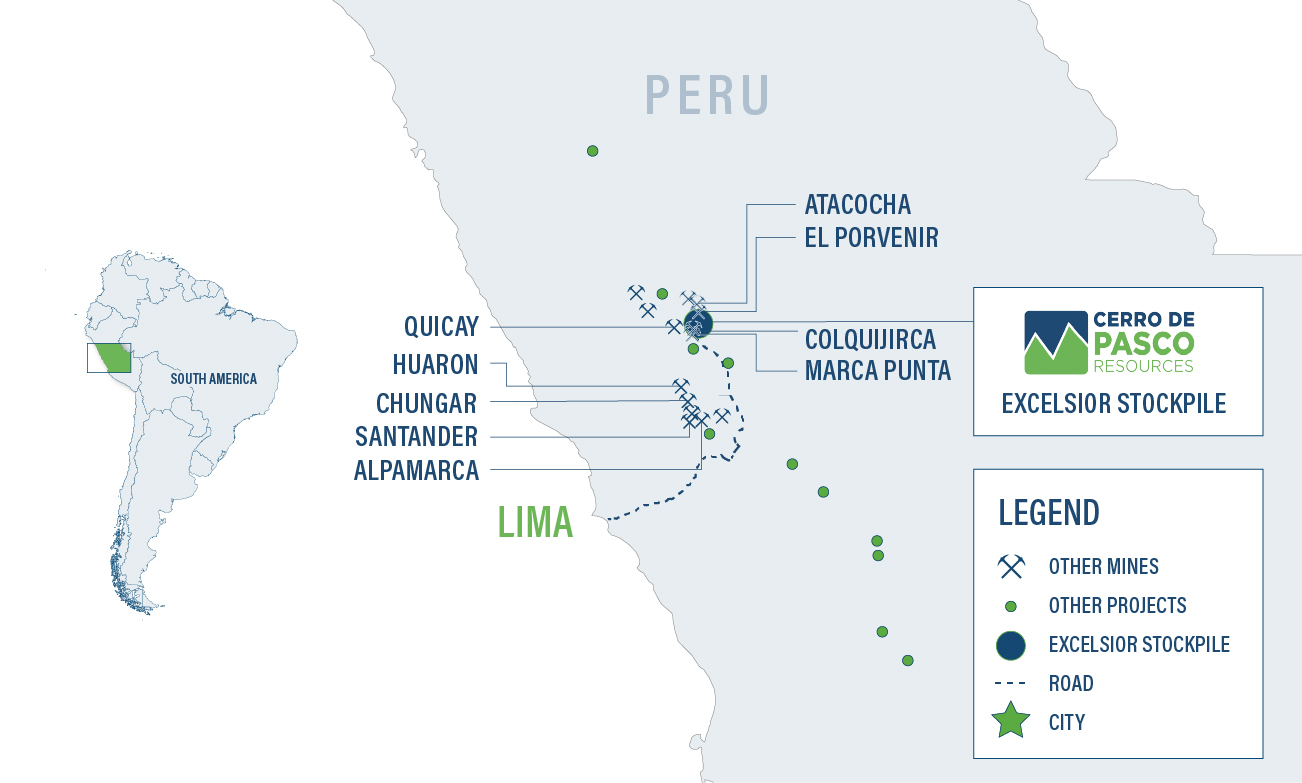 The Excelsior Mineral Resource has potential to increase significantly if CDPR can acquire government owned surface rights that surround the El Metalurgista concession.

Large stockpile located to the south-west of the Raúl Rojas pit. Its dimensions are approximately 1.3 km north-south, 0.8 km east-west, and up to 90m depth. It was filled with mainly unprocessed low-grade carbonate-hosted Zn-Pb-Ag mineralized material excavated from the Cerro de Pasco Raúl Rojas pit and underground mine over many years since the 1970 to 1996.

Surface rights to the Excelsior Stockpile are owned by Activos Mineros S.A.C. (AMSAC) a company created in June 2006 and wholly owned by the Peruvian Government. CDPR has initiated certain procedures with the Peruvian Ministry of Energy and Mines with the intention of acquiring the surface rights from AMSAC or obtaining temporary permission to use them.