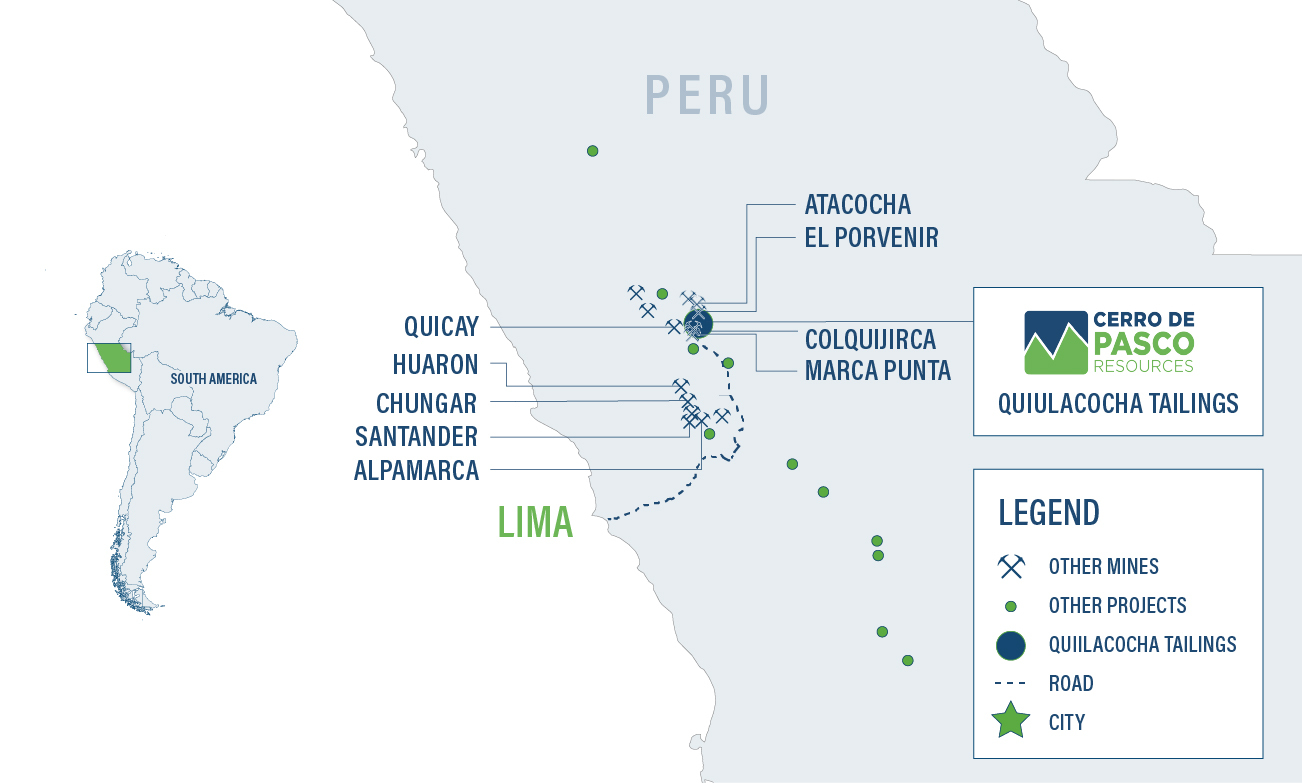 * The resource estimates described above are historical in nature and cannot be relied upon for economic evaluations.

The Quiulaocha TSF has potential to increase significantly if CDPR can acquire government owned surface rights that surround the El Metalurgista concession.

The Quiulacocha tailings deposit covers approximately 115 hectares with tailings deposited in the Quiulacocha Tailings Storage Facility (TSF) from the early 1920´s to 1992. According to historical records, the Cerro de Pasco mine processed approximately 73 million tonnes of sulphide material between 1952 to 1997 from the open pit and underground workings, which was deposited into this facility during this time.

Cerro de Pasco mining operations started in 1630 and are still operational today. The tailings stored in the TSF, comprised of processing residues, come from the Cerro de Pasco open pit and underground mine. Initially these tailings resulted from the mining of copper-silver-gold mineralization with reported historical head grades of up to 10% Cu, 4g/t Au and over 300g/t Ag and later from the mining of zinc-lead-silver mineralized material with average historical grades of 7.41% Zn, 2.77% Pb and 90.33g/t Ag.

In 2020, CDPR undertook a geophysical survey to help plan the upcoming 2021 drilling program. The geophysical survey indicated the deepest parts of the Quiulacocha tailings facility to be just over 40m in depth with an average depth between 20 to 25m.